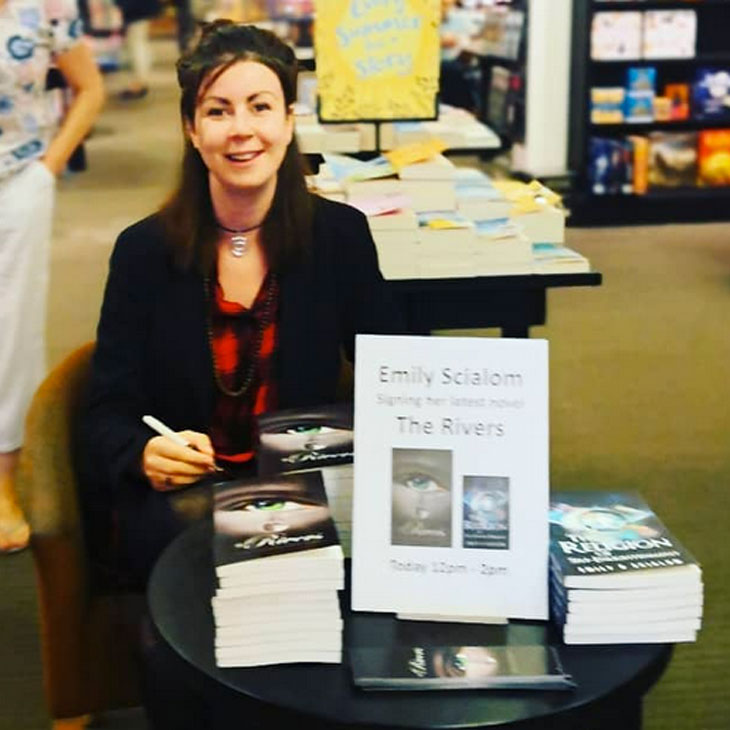 Emily Scialom will talk about her two novels: ‘The Religion of Self-Enlightenment’ (Olympia, 2016) and ‘The Rivers’ (Austin Macauley, 2019).  Her debut, ‘The Religion of Self-Enlightenment’ (or ‘The R.O.S.E.’), is about one man’s search for the meaning of life, a book described as ‘a cult sensation’ by the Cambridge News. ‘The Rivers’ is an exploration of a contemporary love affair set against the background of two prominent rivers, the Thames and the Cam, and their respective cities.  ‘The Rivers’ will feature in the Los Angeles Times Festival of Books 2020 and the London Book Fair 2021.  She is currently working on a new book, ‘Eternal Artist’, which she describes as an autobiographical, poetic creation.

It is intended that There will be opportunities for questions after Emily’s talk.

Notes on the Speaker:

Emily is a local author who has lived in Cambridge since 1996. The River Cam features prominently in ‘The Rivers’.   She has presented many talks and signings across the country.