The Sound of Music – from Greek amphitheatres to 21st century concert halls, including some Cambridge venues 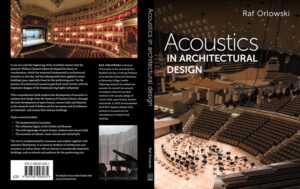 Raf Orlowski has written a book entitled ‘Acoustics in Architectural Design’ which traces the influence of the theatres of Classical Greece on subsequent designs and goes on to discuss the research of the father of modern acoustics, Wallace Clement Sabine, and his successors and their contribution to the design of concert halls of the 20th and 21st centuries. The book also describes the development of acoustic guidelines for schools and gives examples of other building types such as worship spaces, law courts, transportation buildings and a planetarium.

The talk will present key parts of the book and will be generously illustrated with projects examples such as the new Central Mosque in Cambridge. It will be of interest to members wanting an overview of the development of architectural acoustics – where it has failed and where it has succeeded. Book here

Notes on the Speaker

Following a PhD in acoustics, Raf Orlowski joined the acoustics research team in the Department of Architecture in Cambridge. He subsequently took up a lectureship at Salford University and then returned to Cambridge to help set up an acoustic consultancy office for the engineering firm Arup and later for Ramboll. Here he worked on a wide range of prestigious projects such as Glyndebourne Opera House as well as many projects for Cambridge Colleges such as the Gillespie Centre at Clare. He has lectured on acoustics throughout his career and has been Visiting Professor at the University of Sheffield and the Bartlett School of Architecture at UCL. 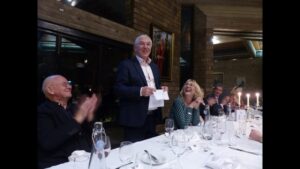 The online talk will be hosted on Zoom. Once booked you can join by computer or telephone.

There will be an opportunity for questions and discussion after Raf’s talk. Questions or comments can be submitted as follows:-